Bell Bottom takes us back to the 1980’s, an era infamous for several heinous airplane hijackings in India. The film sees megastar Akshay Kumar as you’ve never seen him before, a RAW agent tasked with bringing a stop to the hijacking plans of a callous gang seeking to take over an Indian plane in 1984. Based on a true story of India’s first covert operation, Bell Bottom will have audiences on the edge of their seats as Akshay strives to outsmart the gang of tyrants. Just how did this hero manage to unravel the hijacking in what would go on to be one of the most defining moments in Indian history? 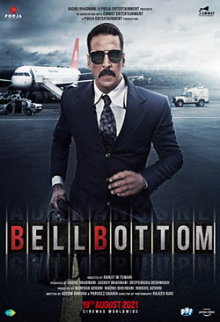